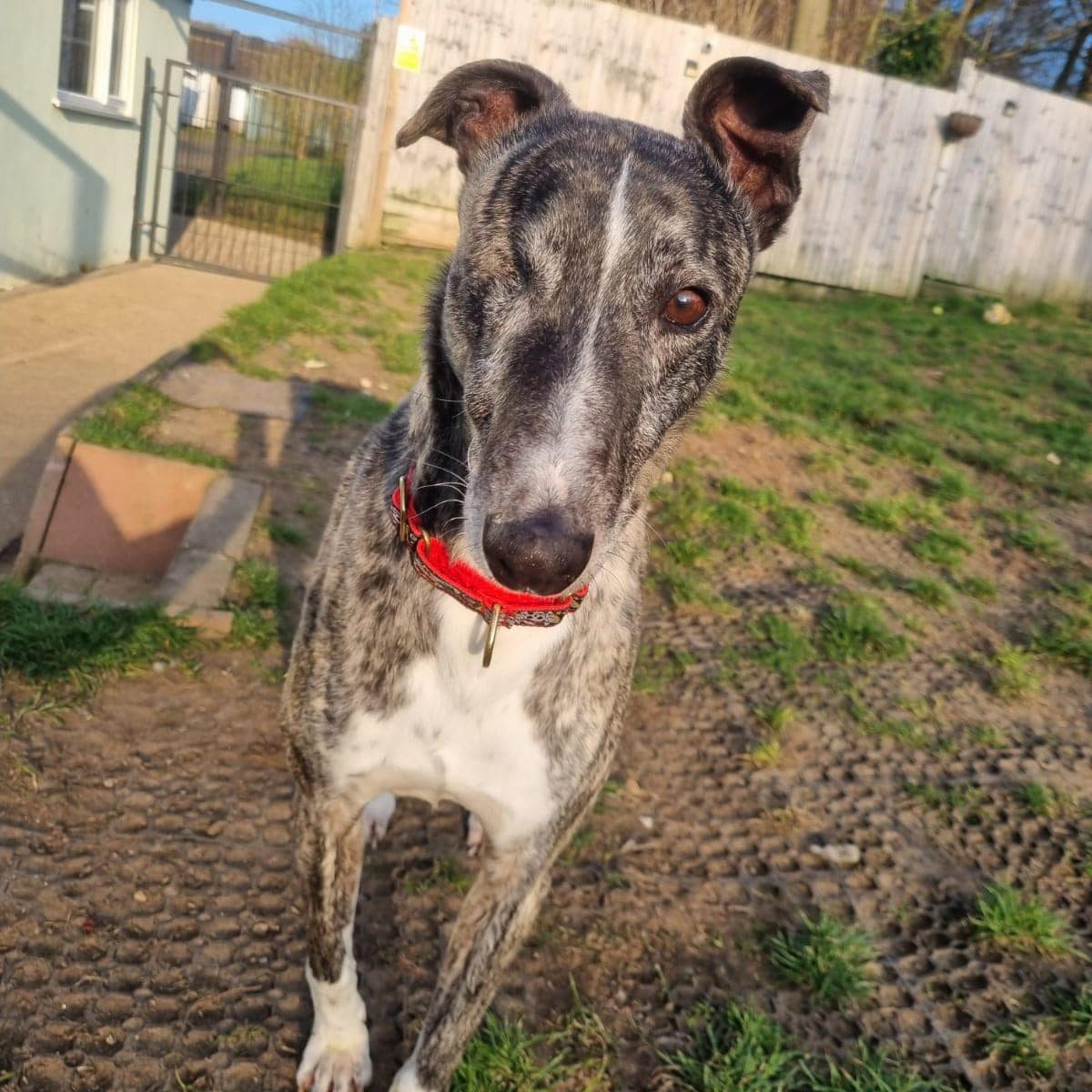 The type of home i need.

I can be an only dog or live with a female

i could be a first dog

Hero is an absolutely fabulous boy who has had a very tough life before joining us at Sun Valley. Hero is a rare foreign rescue for Sun Valley, he was found on the streets of Romania with a severe  injury to his eye, believed to be from a gun shot. this caused him to have to have his right eye removed.

Despite having such a tough life Hero is the most friendly and affectionate boy. He happily greets every person he meets with a very waggy tail and his silly little bark. Hero shows no fear or anxiety around people and absolutely adores a cuddle, he can often be found sat on volunteers given the opportunity.

Hero gets on well with other dogs and happily shares his space with them in his kennel. He is happy to socialise with male but we think he wold likely be better suited to living with a female dog in a home. However, we would consider him living with a male dog if they were the right temperament. Laying outside in a comfy bed is one of Hero’s favourite things to do and because he has likely spent alot of time outside before coming to us we would like hero to have a secure garden of his own to chill out in if he wants.

Hero is classed as what we call ‘Kennel clean’ meaning he is clean in his kennel and toilets outside when he is walked. We believe with continued training and praise Hero would quickly become house trained. He also walks well on lead and loves going for walks out and about.

Hero can sometimes become mouthy when excited so we would only rehome him to a family with older children over the age of 12 who are confident around dogs. Other than this stipulation, Hero would fit into most homes. He is an amazing boy with so much personality and love to give and is ready to find his forever family. If you think you could give Hero a forever home then please get in contact.

Learn about our adoption process and view frequently asked questions.

Fill out a questionnaire so that we can find the best dog for your family.

Find out how to make an appointment to visit us at the Kennels.

Do you think you could give a hound a loving home?

Click  below to find out more about our re-homing requirements, adoption process and adoption questionnaire.